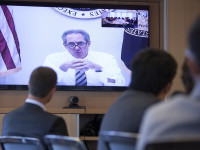 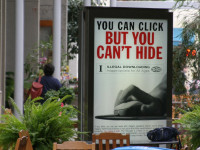 The Copyright Lobby’s IIPA Report: Fake News About the State of Canadian Copyright

The International Intellectual Property Alliance (IIPA), a lobby group that represents the major lobbying associations for music, movie, software, and book publishing in the United States, has released its submission to the U.S. government as part of the Special 301 process. The Special 301 process leads to an annual report invariably claiming that intellectual property rules in the majority of the world do not meet U.S. standards. The U.S. process has long been rejected by the Canadian government, which has consistently (and rightly) stated that the exercise produces little more than a lobbying document on behalf of U.S. industry. The Canadian position, as described to a House of Commons committee in 2007 (and repeated regularly in internal government documents):

The lack of credibility stems in part from the annual IIPA submission. While the submission generates some media attention, this year’s falls squarely into the category of fake news. The IIPA focuses on three concerns: piracy rates in Canada, the notice-and-notice system for allegations of infringement, and fair dealing. None of the concerns withstand even mild scrutiny and each is addressed below.

As the Canadian education community continues to shift away from the Access Copyright licence, relying instead on a combination of site licenses for materials, open access, fair dealing, and individual transactional licences, U.S. publishers are now urging the U.S. government to pressure the Canadian government to take action. The IIPA, […]

The U.S. copyright lobby, led by the International Intellectual Property Alliance, appeared last week before a U.S. Congressional Committee hearing on the Trans-Pacific Partnership and made it clear that it wants the U.S. to use the trade agreement to force Canada to extend the term of copyright.  Canadian copyright law is currently at life of the author plus 50 years, which meets the international standard found in the Berne Convention. The U.S. extended its copyright term years ago to life of the author plus 70 years under pressure from the Disney Corporation (Mickey Mouse was headed to the public domain) and has since pushed other countries to do the same.

The IIPA says that the TPP should require all members to extend their term of copyright (Japan and New Zealand are also at life plus 50 years), which it claims is needed to “maintain incentives for investment in the conservation and dissemination of older works.” Yet a recent study found the opposite with far more public domain books available commercially than books still subject to copyright.

When the Canadian government conducted a consultation on participation in the TPP, copyright was the top issue raised with many focusing on concerns associated with term extension. As I wrote last year, it is worth noting the many important authors who would be immediately affected since their works are scheduled to become public domain in the 2013 – 2033 period.

The IIPA, the umbrella lobby group that represents the major movie, music, and entertainment software lobby groups, released its recommendations for the U.S. piracy watch list last week.  Those that thought passing Bill C-11 – the Canadian copyright reform bill that contained some of the most restrictive digital lock rules in the world – would satisfy U.S. groups will be disappointed. The IIPA wants Canada back on the piracy watch list, one notch below the Special Watch List (where the US placed Canada last year).