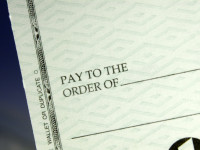 Is the Road to Music Success Paved with Spam? Canada’s Music Lobby Apparently Thinks So

The business opposition to Canada’s anti-spam legislation has added an unlikely supporter: the Canadian Recording Industry Association, now known as Music Canada. The organization has launched an advocacy campaign against the law, claiming that it “will particularly hurt indie labels, start-ups, and bands struggling to build a base and a career.” Music Canada is urging people to tweet at Canadian Heritage Minister James Moore to ask him to help bands who it says will suffer from anti-spam legislation.

Yet Music Canada’s specific examples mislead its members about the impact of the legislation. The organization offers seven examples posted below in italics (my comments immediately follow):

From Deadwood to Opportunity: CRIA Changes Its Tune on the Canadian Online Music Market

For many years, the most prominent critic of the Canadian online music market has been the industry itself. The Canadian Recording Industry Association (now known as Music Canada) has consistently argued that few would want to invest in Canada due to the state of our copyright laws. For example, in 2009, CRIA President Graham Henderson published an op-ed that said our trading partners were racing ahead of Canada, which he argued was a product of Canadian copyright law. A year later, Universal Music Canada appeared before the Standing Committee on Canadian Heritage and told MPs the legal uncertainty meant that the investment was going to other countries.

This week, the industry seemingly decided to change its tune. It released a new guide on licensing digital music in Canada that identifies the key organizations that license music in Canada, including the record labels and several copyright collectives. The report highlights how there are services in Canada in all the major segments, including digital downloads, non-interactive streaming, on-demand streaming, and music videos.

The Canadian Recording Industry Association has changed its name to Music Canada. Howard Knopf provides his view and context for the organization.