In fact, Wikileaks compiled the following graphic that shows Canada as the strongest opponent to TPP IP demands, signalling its opposition to a proposal 56 times, more than any other country. The strongest opposition comes in the patents, enforcement, trademarks, and copyright sections. 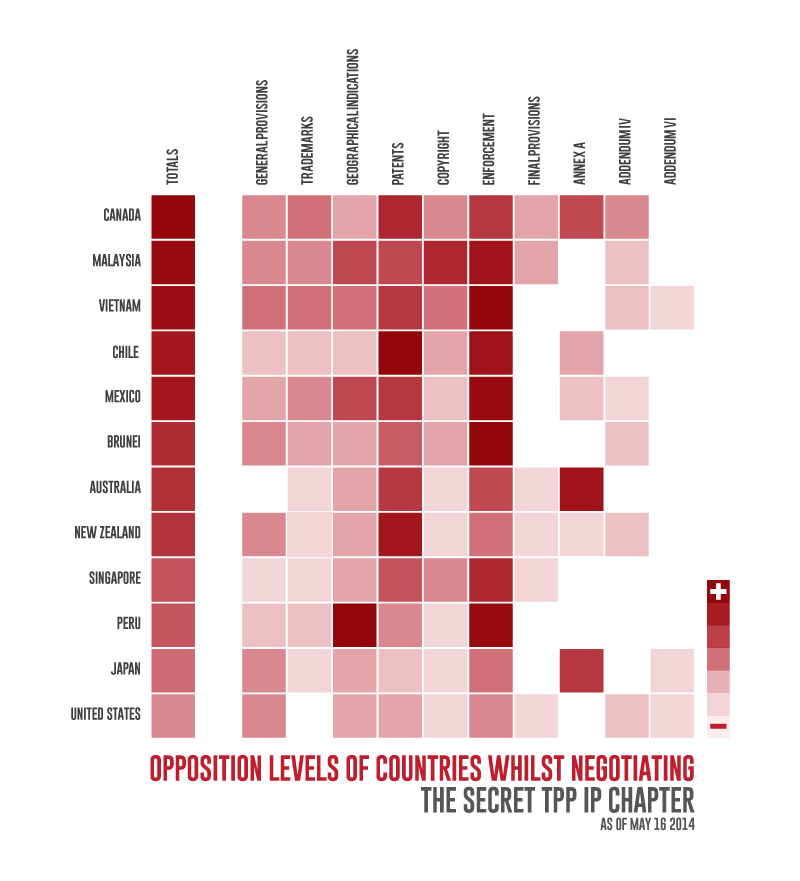 Why is Canada opposing so many U.S. demands?

Simply put, the U.S. wants Canada to eviscerate many of the recent reforms found in copyright and counterfeiting legislation along with court rulings on patent protection. These demands focus on enhanced criminal liability for copyright infringement, eliminating the Canadian approach to Internet service provider liability, extending the term of copyright protection, and expanding patent protection. Canadian negotiators have thus far resisted many of the proposed changes, offering alternatives that are compatible with current law. Yet as the treaty negotiations continue, the pressure to cave to U.S. pressure will no doubt increase, raising serious concerns about whether the TPP will force the Canadian government to overhaul recently enacted legislation that it has steadfastly defended as reflecting a balanced, “made in Canada” approach.