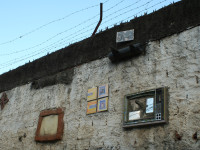 When the Walls Come Crumbling Down: The CRTC’s Latest TalkTV Decision

In September 2007, I wrote a column titled “Canadian Broadcasting Policy for a World of Abundance”, which focused on a report commissioned for the CRTC that recognized that  conventional broadcast regulations were crumbling in the face of new technologies and the Internet. As it turns out, the Dunbar-Leblanc report was ahead of its time as the CRTC was not ready for the regulatory overhaul it recommended.

Standing beside two giant screens proclaiming “Age of Abundance”, CRTC Chair Jean-Pierre Blais unveiled the latest round of decisions from the TalkTV hearing and left little doubt that the Commission is now ready to lead with changes that have been a long time in coming. For Canada’s broadcast regulator, it was time to admit that decades-old policies must adapt to a changing environment in which the viewer is in control (or the emperor, in Blais’ words).  Those policies were largely built on creating a regulatory wall for the Canadian system with Cancon requirements, genre protection, foreign ownership rules, and simultaneous substitution. Like many walls, the rules shielded the Canadian market from competition, guaranteeing a place for Canadian content and limiting the impact of more popular U.S. programming.