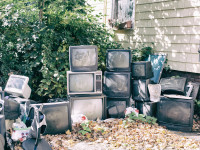 Throughout the Canadian Radio-television and Telecommunications Commission TalkTV hearing, Canadian broadcasters such as Bell (CTV), Rogers (CITY), and Shaw (Global), tried to assure Canada’s regulator that they were ready to embrace the digital future and prepared for regulatory change. Yet in recent weeks, it has become increasingly apparent that Canadian broadcasters plan to fight change every step of the way.

The effort to keep core business models intact are sometimes obvious. For example, new services such as Shomi and CraveTV are often characterized as Netflix competitors, but given their linkage to a conventional cable or satellite television subscription, are a transparent attempt to persuade consumers to retain existing services and not cut the cord. The viability of those services remains to be seen, but more interesting are the regulatory and legal fights, where Canadian broadcasters are waging an ongoing battle against change.

Bell Media leads the way with the two legal challenges against recent CRTC decisions. Yesterday it asked the Federal Court of Appeal to overrule the CRTC on its decision to ban simultaneous substitution from Super Bowl broadcasts starting in 2017. The Bell motion for leave to appeal strikes me as weak: