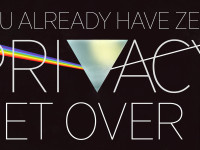 Why The Anti-Terrorism Bill is Really an Anti-Privacy Bill: Bill C-51’s Evisceration of Privacy Protection

Nearly twenty years ago, that was Stephen Harper, then a Reform Party MP warning against the privacy implications of an electronic voter registry and the fear that information sharing within government raised significant privacy concerns. Today, there is a very different Stephen Harper, who as Prime Minister is fast-tracking a bill that eviscerates privacy protections within the public sector.  Much of the focus on Bill C-51 has related to oversight: the government implausibly claims that it increases oversight (it does not), the Liberals say they support the bill but would like better oversight, and much of the NDP criticism has also centered on oversight. Yet with respect to privacy and Bill C-51, lack of oversight is only a part of the problem.