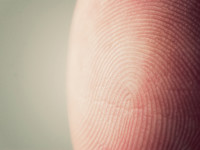 A budget implementation bill is an unlikely – and many would say inappropriate – place to make major changes to Canadian privacy law. Yet Bill C-59, the government’s 158-page bill that is set to sweep through the House of Commons, does just that.

The omnibus budget bill touches on a wide range of issues, including copyright term extension and retroactive reforms to access to information laws. But there are also privacy amendments that have received little attention. In fact, the Privacy Commissioner of Canada was not even granted the opportunity to appear before the committee that “studied” the bill, meaning that privacy was not discussed nor analyzed (the committee devoted only two sessions to external witnesses for study, meaning most issues were glossed over).

My weekly technology law column (Toronto Star version, homepage version) notes that the bill raises at least three privacy-related concerns. First, the retroactive reforms to access to information, which are designed to backdate the application of privacy and access to information laws to data from the long-gun registry, has implications for the privacy rights of Canadians whose data is still contained in the registry. By backdating the law, the government is effectively removing the privacy protections associated with that information.

Appeared in the Toronto Star on June 13, 2015 as How the Budget Bill Quietly Reshapes Privacy Law A budget implementation bill is an unlikely – and many would say inappropriate – place to make major changes to Canadian privacy law. Yet Bill C-59, the government’s 158-page bill that is […]