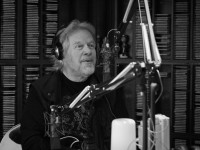 Guess Who Claims Canadian Music May Go Silent Without Another Copyright Extension?

The government’s gift to the recording industry wrapped up yesterday as Bill C-59 received royal assent and with it, the term of copyright for sound recordings was extended from 50 to 70 years. I’ve chronicled in detail how the extension of the copyright term without public consultation or discussion hurts Canadian consumers, reduces competition, and is a direct result of record label lobbying (surprise, cost to consumers, limited competition, reduced access to Canadian heritage, lobbying impact).

As an added bonus, groups have started to use the extension to argue that the government should also extend the term of copyright for authors from the current term of life plus an additional 50 years to life plus 70 years. Randy Bachman has an op-ed in the Globe and Mail today calling for a copyright term extension that must be read to be believed. The piece was not only a day late (he calls for the government to extend term in the same budget bill that already received royal assent), but contains some of the most absurd claims about copyright in recent memory.