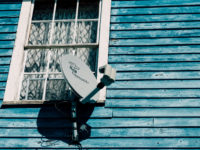 The Bell coalition website blocking proposal places considerable emphasis on the impact of cord cutting, a reference to television subscribers canceling their service. Earlier this week, I blogged about CMPA data that called into question claims of negative impacts on the industry, with the actual data confirming record investment in Canadian television and film production and more than a billion dollars being spent annually by consumers on authorized video services such as Netflix, CraveTV, and Club illico.

While the Bell coalition wants the CRTC to believe that there is urgent problem requiring a radical regulatory solution (it acknowledges the CRTC can only authorize blocking in exceptional circumstances that further the objectives of the Telecommunications Act), Bell’s own commentary to financial analysts strike a much different tone. During yesterday’s quarterly earnings conference call with analysts, Bell executives said absolutely nothing about piracy or website blocking, instead emphasizing the success of both its TV and online streaming services. For example, CEO George Cope stated: