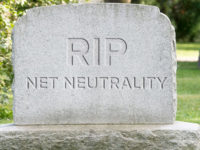 Of all the claims that accompanied the launch of the Bell coalition’s website blocking plan – piracy rates (weak evidence) and claims of harm (unsupported by the data), inferences that the absence of a court order is commonplace (it isn’t), that the blocking will be strictly limited (unlikely), and that site blocking is effective (considerable data says otherwise) – the most audacious is surely the repeated assurances that site blocking does not raise net neutrality issues. Given that the starting principle for net neutrality is the right for users to access content and applications of their choice, blocking content is prima facie a net neutrality violation.