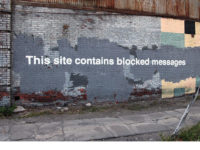 The Case Against the Bell Coalition’s Website Blocking Plan, Part 4: Absence of Court Orders Would Put Canada At Odds With Almost Everyone

The first three posts in the case against the Bell coalition website plan focused on why it has failed to provide convincing evidence that the drastic step of site blocking is needed (existing law, weak evidence on Canadian piracy, limited negative impact on the market). The series continues by examining some of the problems with the proposal itself. One of the most obvious problems – indeed one that is fatal – is the absence of court orders for website blocking. The attempt to avoid direct court involvement in blocking decisions means the proposal suffers from an absence of full due process, raising a myriad of legal concerns. If adopted, the coalition website plan would put Canada at odds with almost every other country that has permitted blocking since the data is unequivocal: the overwhelming majority require a court order for site blocking.