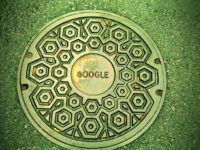 Back to B.C.: Court Re-examines Google Takedown Order In Light of U.S. Ruling

Last year’s Supreme Court of Canada Google v. Equustek case, which upheld a B.C. court’s global takedown order, continues to play out in the courts. The Supreme Court decision noted that it was open to Google to raise potential conflict of laws with the B.C. court in the hopes of varying the order: