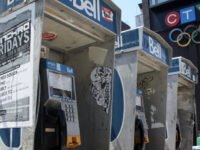 Outlier: Why Bell’s Leadership on Website Blocking Places It at Odds With Telecom Companies Around the World

The Bell website blocking coalition has consistently argued their plan is similar to those found in other countries that have permitted website blocking. As I detailed in my lengthy series on the proposal, it is actually an outlier, since the absence of court orders for blocking puts it at odds with virtually every other country that insists on court orders as a matter of basic due process. The proposal is also a significant outlier in another important respect, however. In most countries, telecommunication providers oppose website blocking, consistent with longstanding and widely held views that they should act as neutral intermediaries that provide carriage rather than play a proactive role of blocking access to online content.