The George Brown College letter is notable for several reasons. First, the Bell website coalition’s reply to comments on its proposal specifically referenced it as demonstrating support from Canadian colleges for its proposal. Second, it came from the College President, which Bell advised would have more impact. Third, Sado was warned that there were concerns with the proposal, but after discussing directly with Bell decided to write in support.

Much like the Brock University lobbying effort, the Bell pressure began with a letter to a known contact. 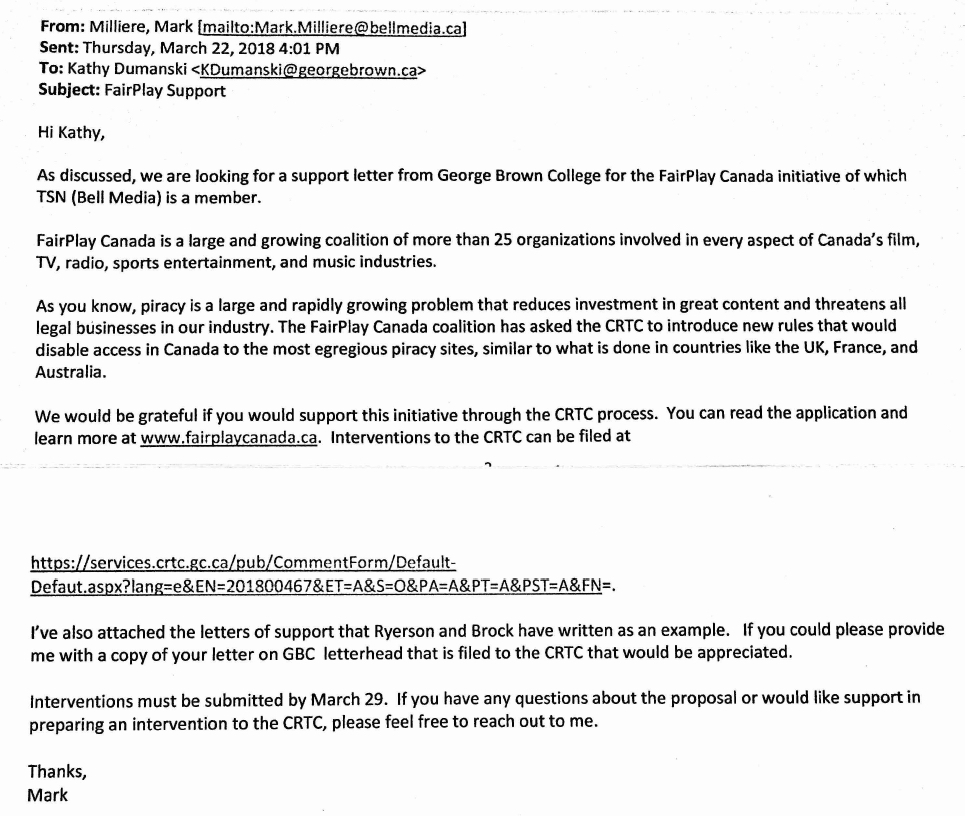 The contact forwarded internally, noting Bell’s support for the school and its programming. 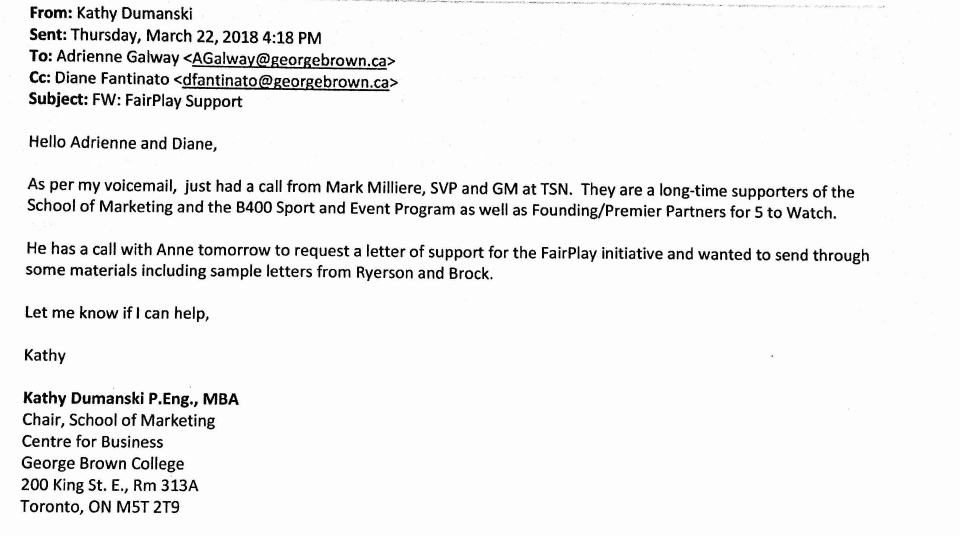 Once the issue made its way to Sado, she asked her team whether there were reasons not write a letter, advising that she would speaking directly to Bell.

That sparked a warning from the Director of Corporate Communications that there were concerns and some risks. After Sado spoke directly to Bell, she dismissed those concerns and decided to write the letter, though notably asked Luigi Ferrara, the College’s Dean of the Centre for Arts, Design and Information Technology if he would be willing to write the letter in his name. 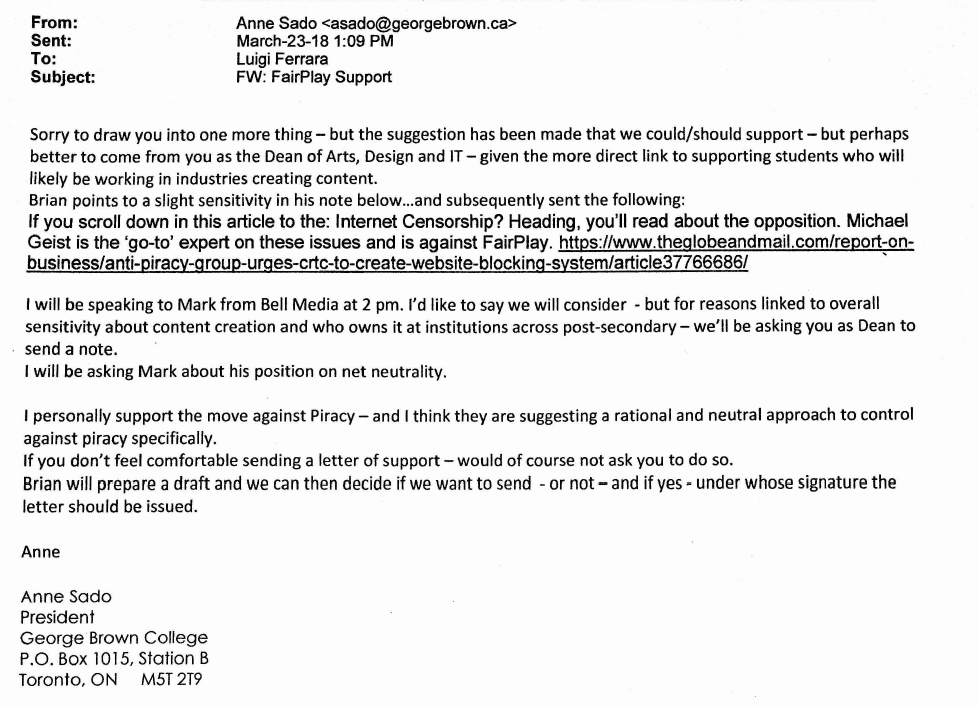 After Bell advised that the letter would have more impact if it came from the College president, the final submission came directly from her.