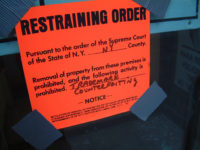 Bell’s promotion of a site blocking system in Canada – rejected by the CRTC on jurisdictional grounds – was grounded in the view that it could establish a mandated blocking approach without court orders. That placed the Canadian proposal off-side the vast majority of site blocking systems around the world, but it also pointed to mounting efforts to exclude the courts from the realm of copyright enforcement. For example, the Canadian Anti-Counterfeiting Network recently appeared before the Industry committee to argue for legislative reforms that would eliminate court oversight for seizures at the border. In its place, the group argued that customs authorities should be empowered to seize and destroy goods without court review.