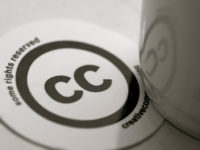 The Canadian government announced plans last spring in Budget 2018 to support local journalism with a $50 million commitment over five years. It indicated that the money would be allocated by independent, non-governmental organizations to provide support in under-served communities. Last week, the federal economic update included several additional measures to support the media sector, including the prospect of charitable donations to non-profit journalism organizations, a refundable tax credit to support labour costs for news organizations, and a non-refundable tax credit for Canadians that subscribe to Canadian digital news media. While the new funding has attracted considerable commentary (my take here on why there are problems but the proposal is better than Internet taxes or other cross-subsidization models), somewhat overshadowed was an update on the initial $50 million commitment.

The update indicates that the money will be invested in “open source” news content that will be available under a Creative Commons licence: