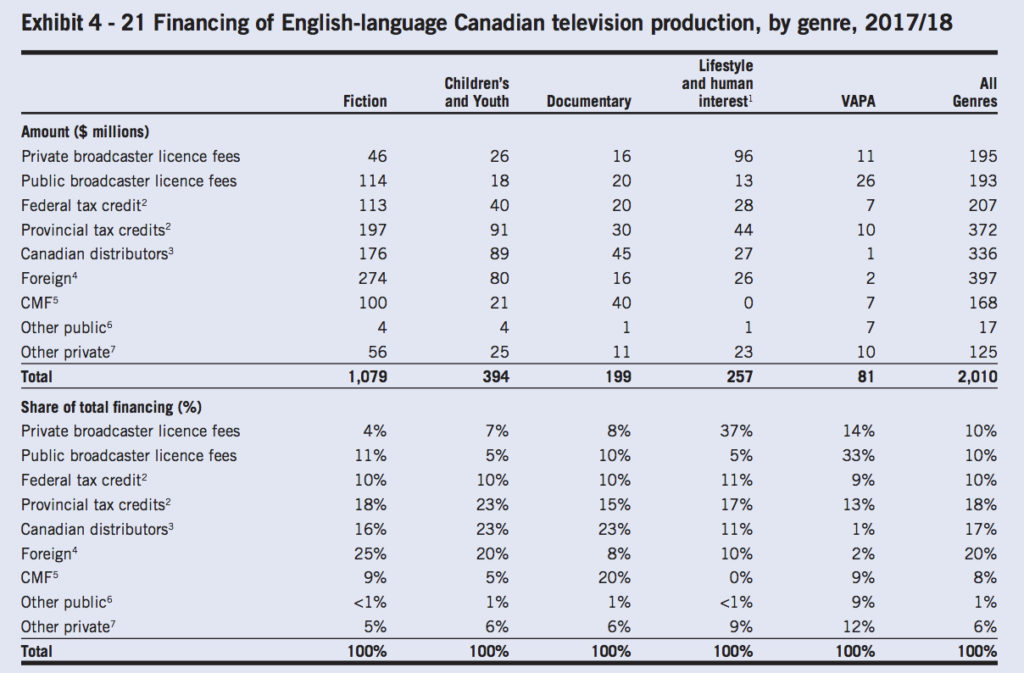 It is difficult to overstate the shift in funding in Canada. Five years ago, the breakdown of financing of Canadian English language fictional programming involved roughly even split among private, public, and foreign financing with CMF the largest of the four sources. 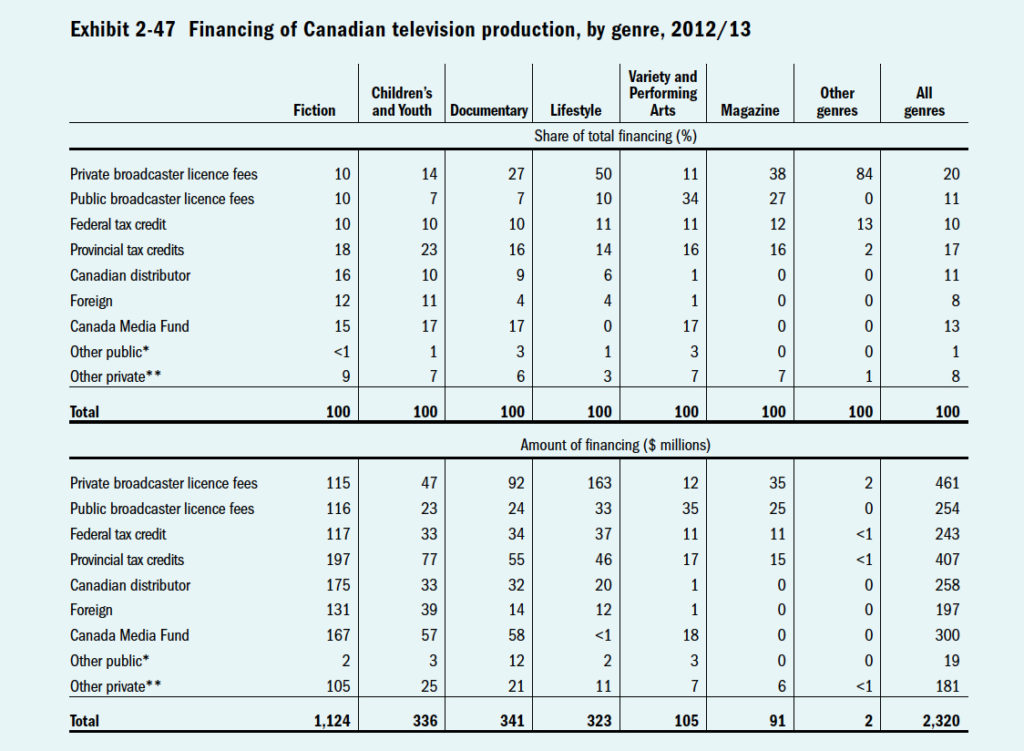 Since that time, foreign financing has grown from $131 million to $274 million, public broadcaster funding has remained largely unchanged ($116 million to $114 million) while the other two have declined significantly: private broadcaster from $115 million to $46 million and CMF from $167 million to $100 million.  Foreign financing has actually made up for the entire decline in funding from all three other sources, making it difficult to understand the basis for blaming Netflix for Canadian production spending.