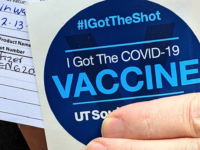 The global struggle for access to COVID-19 vaccines took a dramatic turn recently as the Biden Administration in the United States unexpectedly reversed its longstanding opposition to a patent waiver designed to facilitate access to vaccines in the developing world. The shift seemingly caught many by surprise. Pharmaceutical companies were quick to voice opposition and U.S. allies found themselves being asked to take positions. That was certainly the case in Canada, where the Canadian government has steadfastly refused to support the waiver with repeated claims that it had yet to make a decision.

Ellen ‘t Hoen, is a lawyer and public health advocate with over 30 years of experience working on pharmaceutical and intellectual property policies. From 1999 until 2009 she was the director of policy for Médecins sans Frontières’ Campaign for Access to Essential Medicines. In 2009 she joined UNITAID in Geneva to set up the Medicines Patent Pool (MPP). Ellen is currently the director of Medicines Law & Policy and a researcher at the University Medical Centre Groningen. She joins the Lawbytes podcast this week to talk about the fight for a patent waiver and the implications of the Biden decision for global access to COVID vaccines. 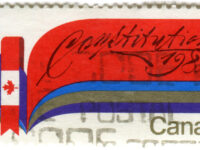 The Department of Justice yesterday released its updated Charter statement on Bill C-10. To the surprise of absolutely no one, the department argued that the bill is Charter compliant. That conclusion was never in doubt as the statement is quite clearly more a political document than a legal analysis. The only real questions were whether the department would seriously grapple with the freedom of expression implications of treating all user generated content as a “program” subject to regulation by the CRTC and if Minister of Justice David Lametti would come to the Standing Committee on Canadian Heritage to answer questions on the statement. It turns out the answer is no to both questions: the statement glosses over the actual concerns with Bill C-10 and Lametti will be a no-show at the committee hearing. 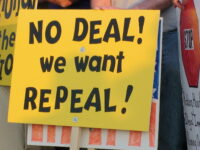 I appeared on the No Nonsense Podcast, hosted by Pamela Wallin on May 13, 2021.

In the episode, we discussed the proposed bill by the Canadian government to regulate social media.