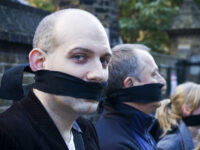 The Broadcasting Act Betrayal: The Long Term Consequences of the Guilbeault Gag Order

Several weeks after Canadian Heritage Minister Steven Guilbeault introduced Bill C-10, I started a 20 part blog post series called the Broadcasting Act Blunder (podcast edition here). The series examined many of concerns with the bill, including issues such as over-broad regulation and discoverability requirements that would only garner public attention many months later. I thought about that series yesterday as I watched Guilbeault try in the House of Commons to defend the indefensible: a gag order on committee review of the bill, the first such order in two decades. While the bill is in dire need of fixing, what occurred yesterday was far worse than a blunder. It was a betrayal. A betrayal of the government’s commitment to “strengthen Parliamentary committees so that they can better scrutinize legislation.” A betrayal of the promise to do things differently from previous governments. A betrayal of Canada’s values as a Parliamentary democracy.