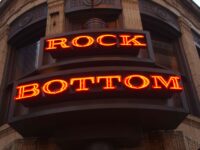 Yesterday was not a good day for those who still believe that democratic ideals matter. The day began with an iPolitics-sponsored debate featuring MPs who have played a starring role at the Canadian Heritage committee review of Bill C-10: Liberal MP Anthony Housefather, Conservative MP Rachael Harder, NDP MP Heather McPherson, and Bloc MP Martin Champoux. The substantive discussion largely mirrored the committee debate, but far more dispiriting was Housefather seeking to justify the Bill C-10 gag order by arguing that it was the democratic right of the government to use whatever legislative tools are available to it (even if that tool had not been used for two decades) or Champoux talking about the need to respect democracy while simultaneously supporting the gag order.

While the MPs presumably thought that they would not be meeting again to discuss Bill C-10 until Friday (the usual committee meeting day), hours later they were back in committee for a four hour marathon secretly negotiated by the party whips for the Liberals, NDP, and Bloc. The meeting had so little notice that committee chair Scott Simms opened by making his displeasure with the party whips very clear: