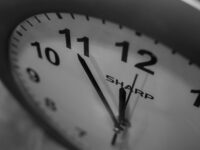 Guilbeault’s Gag Order, the Sequel: Time Running Out as Government Seeks to End Debate on Bill C-10 in the House of Commons

Fresh off imposing a five-hour gag order on committee debate on Bill C-10 and rushing through a secretive process in which dozens of amendments were passed without any debate, discussion or even disclosure of the amendments, the government is back for a gag order sequel. Yesterday, the Liberal government introduced another motion, this one designed to limit debate even further: one hour for debate at the report back stage and 75 minutes at third reading. In other words, less than 2 1/2 hours total for debate on the bill in the House of Commons. The motion was introduced before the updated Bill C-10 was even posted online, though it is now available.

The move led to hours of discussion on the motion last night, leading to a consistent drumbeat from Liberal, NDP and Bloc MPs, who kept asking what was in the bill that presented a concern for a freedom of expression. Left unsaid, is that at least part of the answer is what is not the bill: