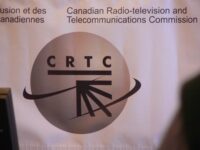 The CRTC Provides an Advance Preview of Bill C-11 Regulation: Pretty Much Any Service, Anywhere, Any Terms and Conditions

The Canadian Radio-television and Telecommunications Commission issued a notable decision last month involving the creation of an annual digital media survey that likely provides an advance preview of how it will address Bill C-11 if it becomes law. That is a cause for concern, since the Commission apparently sees few limitations in its powers despite obvious doubts that it is operating within the boundaries of existing law. Those powers, which will be increased should Bill C-11 be enacted, lead to its position that any broadcasting from anywhere in the world is subject to its jurisdiction so long as there is a Canadian nexus to the activities. There is no requirement that the service be located in Canada in order to qualify and little practical guidance on what constitutes a Canadian nexus.