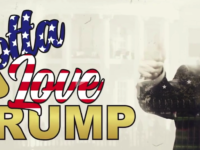 My series on Bill C-11’s foundational faults has covered jurisdictional over-reach, the implications of treating all audio-visual content as a “program” subject to CRTC regulation, as well as the flaws and harms of the discoverability provisions. While the faults thus far focus on provisions contained in the bill, this post examines a critical aspect of broadcast and cultural policy that the government has failed to address. The bill purports to support “Canadian stories” but the current system often means that certified Cancon has little to do with Canada and fails to meet those objectives. Case in point: the certification of Gotta Love Trump, a film primarily comprised of pro-Trump clips that include Trump’s photographer, a former Apprentice contestant, Roger Stone, Candace Owens, and a cast of others with scarcely anything resembling Canadian content.