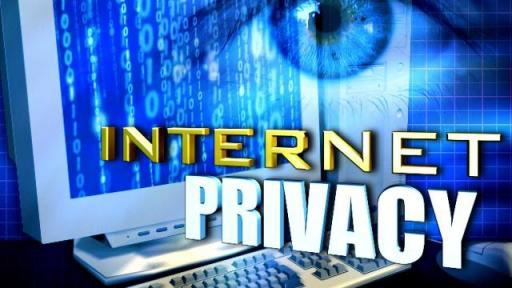 How Europe is dealing with online privacy by safwat sayed (CC BY-ND 2.0) https://flic.kr/p/bk53au

However, the inconsistencies or misleading comments from government ministers takes this to another level. The government’s brief to the Supreme Court of Canada in the Spencer case states:

does a person enjoy a reasonable expectation of privacy in subscriber information? Put another way, should the police have to get judicial authorization to determine the physical address of an internet connection and the subscriber’s name before they apply for judicial authorization to search that physical address? The answer to those questions must be “no”, for the subscriber information sought says nothing more than that a person or company has an internet link.

Justice Minister Peter MacKay argued in favour of voluntary disclosure in the House of Commons when moving that Bill C-13 be read a second time:

organizations would still be bound by the Personal Information Protection and Electronic Documents Act, something known as PIPEDA, which makes it clear that an organization is entitled to voluntarily disclose personal information to the police, without the consent of the person to have the information relayed.

The court responded directly to these positions in Spencer:

Yet how does MacKay now characterize the decision? On Tuesday, he argued that the case confirms what the government has said all along:

The Supreme Court’s decision actually confirms what the government has said all along, that Bill C-13’s proposals regarding voluntary disclosures do not provide legal authority for access to information without a warrant.

On Wednesday, he doubled down by quoting from the Spencer decision:

let us look at the actual Supreme Court decision, paragraph 73. It is a declaratory provision that confirms the existing common law powers of police officers to make enquiries as indicated by the fact that the section begins with the phrase â€œfor a greater certaintyâ€. That is exactly what we have been saying. It is the same provision of Bill C-13.

Yet anyone who reads paragraph 73 will know that MacKay references only the first half of the paragraph.  Read in its entirety, the court argues the opposite:

With respect, I cannot accept that this conclusion applies to s. 7(3) (c.1)(ii) of PIPEDA .Section 487.014(1)  is a declaratory provision that confirms the existing common law powers of police officers to make enquiries, as indicated by the fact that the section begins with the phrase â€œ[f]or greater certaintyâ€: see Ward, at para. 49. PIPEDA  is a statute whose purpose, as set out in s. 3 , is to increase the protection of personal information. Since in the circumstances of this case the police do not have the power to conduct a search for subscriber information in the absence of exigent circumstances or a reasonable law, I do not see how they could gain a new search power through the combination of a declaratory provision and a provision enacted to promote the protection of personal information.

MacKay is not alone in engaging in creative interpretations. Daniel Therrien, the new Privacy Commissioner who was just appointed by the Conservatives, gave an interview to the Globe and Mail this week , in which he said that Bills C-13 and S-4 should be reviewed in light of the Spencer decision. Within hours, Industry Minister James Moore responded to a question on twitter about warrantless disclosure by stating that the Privacy Commissioner supports the bill.