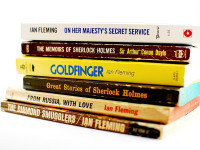 Last month, there were several Canadian media reports on how the work of Ian Fleming, the creator of James Bond, had entered the public domain. While this was oddly described as a “copyright quirk”, it was no quirk. The term of copyright in Canada is presently life of the author plus an additional 50 years, a term that meets the international standard set by the Berne Convention. The issue of extending the term of copyright was discussed during the 2009 national copyright consultation, but the government wisely decided against it. Further, the European Union initially demanded that Canada extend the term of copyright in the Canada – EU Trade Agreement, but that too was effectively rebuffed.

If new reports out of Japan are correct, however, Canada may have caved to U.S. pressure to extend copyright term. The U.S. extended its term to life plus 70 years in 1998 in response to demands from the Disney Corporation (Mickey was headed to the public domain) and has since pressured other countries to match. NHK reports that a deal on copyright term has been reached within the TPP with countries agreeing to a life plus 70 term. Alongside Japan, Malaysia, New Zealand, and Vietnam (the TPP countries that adhere to the Berne standard), it appears that Canada has dropped its opposition to the change.