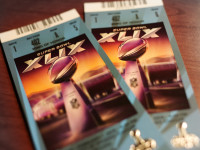 In Defence of the CRTC’s Super Bowl Advertising Ruling

Last week’s CRTC decision to ban simultaneous substitution from the Super Bowl broadcast starting in 2017 has generated mounting criticism in recent days. While analysts initially noted that the lost revenue for Bell Media would not be material (a prediction borne out by a quarterly conference call where the decision was not raised by anyone), anger over the decision has continued to grow. Nothing compares with Kevin O’Leary, a Bell Media commentator, ranting against the decision on Bell-owned BNN as he repeatedly calls the CRTC “insane” and laments lost foreign investment into a sector that still has Canadian ownership requirements. However, with Bell seeking private meetings with CRTC Commissioners to discuss the decision and more serious critiques from CMPA’s Michael Hennessy and Cartt.ca’s Greg O’Brien, the decision has clearly left many unhappy.

If the critics are right, the CRTC decision is the “beginning of the end of the system”, erodes the value of rights, and will lead to job losses and less Canadian content. It is undoubtedly true that changes are coming to the Canadian broadcasting system, but this simsub decision is at best a small part of the reason. The post raises six points in response to the decision and the critics.