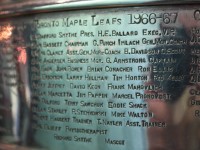 In recent weeks, there has been growing talk of the need for the Toronto Maple Leafs to engage in full scale demolition of the current roster (as a long-suffering Leaf fan, I approve). The call for an overhaul comes as fans recognize that minor tinkering has resulted in years of mediocrity and that real change requires more drastic reforms. While the Leafs and the Copyright Board of Canada operate in entirely different worlds, they share a key similarity: the desperate for a complete reset.

The problems with the Copyright Board have been well-chronicled: the industry has been unhappy with many of its decisions (see the Tariff 8 decision), its rulings on fair dealing have been firmly rejected by the Supreme Court of Canada (“flawed”, “unreasonable” and “skewed” were some of the comments), it has been forced to admit errors that resulted in procedural unfairness, its processes are flawed, its decision making takes years, and the public is largely excluded from the process.  As I noted last year: