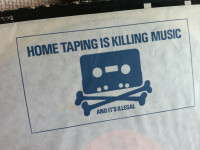 Canada last overhauled its copyright law in 2012, bringing to a conclusion more than a decade of failed bills and lobbying pressure. The public debate over the Copyright Modernization Act was often framed by disputed claims that Canada was weak on piracy, with critics arguing that updated laws were needed to crack down on copyright infringement. As the government prepares to conduct a statutorily-mandated review of the law later this year, the landscape has shifted dramatically with court cases and industry data confirming that Canada is now home to some of the toughest anti-piracy rules in the world.

My Globe and Mail column notes that the change in Canadian law is best exemplified by a ruling last week from the Federal Court of Canada involving the sale and distribution of “modchips”, which can be used to circumvent digital controls on video game consoles. Nintendo filed a lawsuit against a modchip retailer in 2016, arguing that the distribution of modchips violated the law, even without any evidence of actual copying.