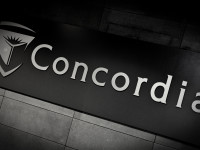 Who is on the Wrong Side?: Why the Copyright Mistake at Concordia Highlights the Problems with Collective Licensing

Globe and Mail columnist Kate Taylor published an article on Friday titled Concordia University Caught on the Wrong Side of Copyright, which focused on a copyright violation at the Montreal-based university. While Taylor thinks that the Concordia incident demonstrates the problems with copyright and fair dealing (she writes “scofflaws in the universities have been egged on in Canada by the 2012 amendments to the Copyright Act that included a vaguely worded, broad-brush education exemption), a closer look suggests that the case actually says far more about the problems with collective licensing.

The issue at Concordia involved unauthorized scanning and online posting of several poetry books (I will have a follow-up post on the scanning issue). Once the publishers complained, the books were quickly removed. The director of the centre responsible for the posting acknowledged the error and indicated that he planned to purchase five copies of each book, which is equal to the number of graduate students who attend a weekly reading group. That would seem to be the end of the issue as no one suggests that the posting of the entire books were permitted or consistent with university policy, the issue was addressed immediately, and there was an attempt to compensate for the perceived losses.