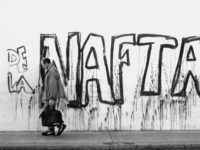 What Would a Digital Economy-Era NAFTA Mean for Canada?

U.S. Commerce Secretary Wilbur Ross is expected to file a notice of renegotiation of the North American free trade agreement within weeks, paving the way for talks that could reshape the Canadian economy. It became clear last week that the renegotiation will involve much more than just a few “tweaks”, as a U.S. congressional hearing saw officials trot out the usual laundry list of demands including changes to agricultural supply management, softwood lumber exports, and anti-counterfeiting measures.

Those issues will undoubtedly prove contentious, yet my Globe and Mail article notes that more interesting were comments from Mr. Ross about the need for new NAFTA chapters to reflect the digital economy. The emphasis on digital policies foreshadows a new battleground that will have enormous implications for Canadian privacy laws and digital policies.