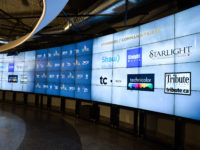 The Canadian Media Producers Association recently released its annual report on the state of screen-based media production in Canada. Despite the doomsayers who fear that the emergence of Netflix will result in less money for production in Canada, the report confirms that financing of Canadian television production continues to grow, reaching its highest point in the last five years. With $2.6 billion spent on Canadian television production, the sector remains healthy with support from licensing fees, tax credits and funding from a variety of sources.