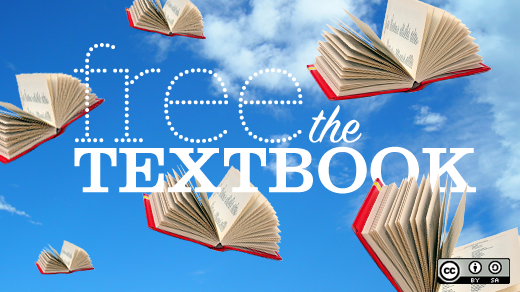 Earlier this year, the Ontario government made a big commitment to open textbooks, investing millions of dollars to create new open texts in fields such as history, finance, politics, the environment, engineering, and the sciences. The resulting open textbook library at ECampusOntario now features hundreds of texts that are free to use for everyone. The Ontario initiative follows leadership in the open educational resource field from BC Campus and its open textbook project. The BC effort has saved students millions of dollars with adoptions by dozens of institutions putting them into use in hundreds of faculties for over 1600 courses.

While the provinces have led on open educational resources, there may now be an opening for the federal government to support the development and distribution of OERs. The Canadian Alliance of Student Associations appeared before the Standing Committee on Finance as part of its budget consultations and specifically recommended that:

the Tri-Agencies [SSHRC, NSERC, CIHR] create a pilot grant program, at an estimated $8 million, to support the development and distribution of OERs.

CASA noted the cost savings from OER along with innovative learning benefits that come from open education. The Finance Committee agreed, directly adopting the CASA’s recommendation:

The introduction of federal OER commitment would be welcome development, both by signalling its importance and by paving the way for more open materials that could be used by students and teachers from coast-to-coast-to-coast.