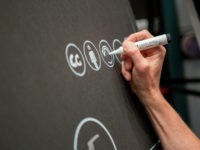 The Standing Committee on Industry, Science and Technology starts its year-long review of copyright today with the first of several hearings focused on copyright, education and fair dealing. The hearings begin with evidence from education groups to be followed by publishers and other rights holder representatives (sources indicate that Access Copyright declined an invitation but will presumably return at a later date). The Association of Canadian Publishers, the leading national publisher lobby, has been one of the most vocal groups on copyright and will likely appear to tell MPs that fair dealing should be narrowed.

While the ACP has not hesitated to speak out at industry events, it interestingly has said nothing about a study it commissioned on digital trends and initiatives in education in Canada. The ACP study, which received financial support from the Government of Canada and the Ontario Media Development Corporation, is not posted on the publicly available portion of its website. There was no press release when it was released last June and I can find no public reference to it anywhere on the site. Jean Dryden pointed out to me that the study is available through the OMDC.