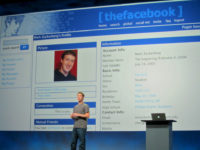 Be Careful What You Wish For: The Risk of Ceding Online Content Monitoring to Internet Giants

As elected officials place Internet giants such as Google and Facebook under an increasingly intense microscope, the pressure mounts on those companies to play more proactive roles in policing content on their networks. In recent weeks, the demands have come from seemingly every direction: privacy commissioners seeking rules on the removal of search results, politicians calling for increased efforts to address fake news on Internet platforms, and Internet users wondering why the companies are slow to takedown allegedly defamatory or harmful postings.

My Globe and Mail op-ed notes Internet companies can undoubtedly do more, but laying the responsibility primarily at their feet poses its own risks as governments and regulators effectively cede responsibility for content moderation and policing to private, for-profit companies. In doing so, there is a real chance that the Internet giants will become even more powerful, limiting future competition and entrenching an uncomfortable reliance on private organizations for activities that are traditionally conducted by courts and regulators.