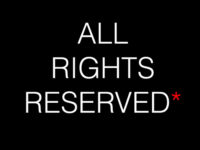 Quebec Writers Group Calls for an End to Copyright Exceptions: “Only Where Access is Otherwise Impossible”

The Standing Committee on Industry, Science and Technology continues its year-long review of copyright this week with a mix of witnesses from education, libraries, writers, and publishers.  The Union des écrivaines et des écrivains québécois (UNEQ), which represents Quebec-based writers, appeared yesterday and submitted a brief to the committee with its key recommendations. There are several that will attract attention, including increased damages and an expansion of the private copying levy to cover e-readers, hard drives, and USB keys (a recommendation that may stem from a misunderstanding of the levy which is only for music). However, the most troubling is how the group takes aim at copyright user’s rights.