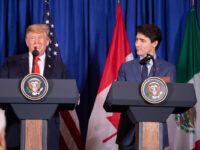 The BTLR and USMCA, Part One: Why the Broadcast Panel Recommendations Conflict With Canada’s Emerging Trade Obligations

Since the release of the Broadcast and Telecommunications Legislative Review Panel report late last month, I’ve posted on several key issues including an overview of concerns, news regulation, Canadian Heritage Minister Guilbeault’s comments, net neutrality, discoverability claims, consumer costs, and a podcast debate with panel chair Janet Yale. The blog now shifts for the next two days on trade-related concerns arising from the report’s recommendations. This issue is particularly timely since the House of Commons has been debating Bill C-4, the implementation bill for the US-Canada-Mexico (USMCA) Trade Agreement and the government had made treaty implementation one of its top legislative priorities.