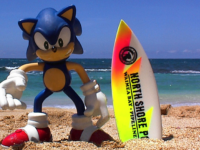 The Motion Picture Association – Canada this week promoted the Canadian link to Sonic the Hedgehog movie, the top grossing movie in the world at the moment. Much of the movie was filmed in British Columbia, generating millions in production spending and creating nearly 1,500 jobs. Normally, this would be viewed as a good news story and indicative of the global competitiveness of film and production in Canada. Yet the Broadcast and Telecommunications Legislative Review Panel report downplays the importance of this production, crafting policy recommendations that emphasizes the importance of supporting Canadian stories as a critical aspect of its approach.

Indeed, the willingness to violate net neutrality norms, impose discoverability requirements, and establish a global levy system for websites and services around the world is primarily based on the argument that Canadian policy must work to promote the production of Canadian content. This policy goal is framed as the need for Canada “to continue to assert its cultural sovereignty and Canadians can continue to express their identity and culture through content.”