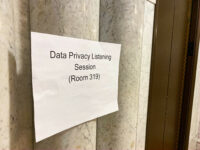 Earlier this week, the Standing Committee on Industry, Science and Technology began hearings on Bill C-4, the bill designed to implement the Canada-U.S.-Mexico Trade Agreement. I appeared before the committee to discuss digital issues (more on the appearance in an upcoming post), but just prior to my panel, the team of lead negotiators from Global Affairs took questions from Members of Parliament.

The questioning opened with a stunning exchange between Conservative MP Michelle Rempel Garner and chief negotiator Steve Verheul on the privacy analysis (or lack thereof) conducted by Canadian officials: