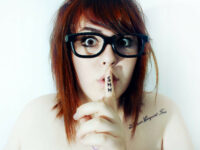 Secret Law Making, the Sequel: As Youtubers Speak Out Against Bill C-11, Government Moves to End Debate, Vote Next Week on Secret Amendments

With only eight days left in the Parliamentary schedule until the House of Commons breaks for the summer, Bill C-11, the Online Streaming Act, has entered into a strange parallel universe. In one world, the government is moving to end debate on the bill and expedite passage in the House by the end of next week. Assuming it is successful – NDP support suggests it has the votes – the government has set a deadline of Monday, June 13th for amendments, June 14th for voting on all amendments as part of a clause-by-clause review, and then a single day for the last two stages in the House of Commons (report stage and third reading). Put it all together and it wants the bill passed by the House by the end of next week.

The limit on the clause-by-clause review to a single day means that the Heritage committee will likely reprise its approach from Bill C-10 of voting on amendments that the public has never seen, that are not read in committee, and are not subject to any discussion or debate. These secret amendments – they will only be revealed to the public after the entire process is complete and the new, updated bill is made public at the report stage – is particularly egregious.