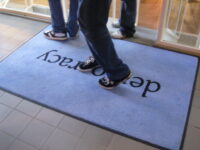 The Standing Committee on Canadian Heritage conducted the one day of debate on Bill C-11 yesterday that Canadian Heritage Minister Pablo Rodriguez and the Liberal government – aided and abetted by the NDP – required under a House of Commons motion. The result was an embarrassment to the government that leaves a stain that will not be easy to remove. Despite the absence of any actual deadline, the government insisted that just three two hour sessions be allocated to full clause-by-clause review of the bill featuring debate and discussion (MPs on the committee were all open to extending each session by 30 minutes for a total of 7 1/2 hours). With roughly 170 amendments proposed by five parties, there was only time for a fraction of the amendments to be reviewed. Instead, once the government-imposed deadline arrived at 9:00 pm, the committee moved to voting on the remaining proposed amendments without any debate, discussion, questions for department officials, or public disclosure of what was being voted on. The voting ran past midnight with the public left with little idea of what is in or out of the bill. The updated bill will be posted in the next day or so.