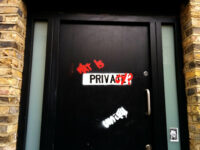 Why is the Canadian Government So Indifferent to Privacy?

Over the past several weeks, there have been several important privacy developments in Canada including troubling privacy practices at well-known organizations such as the CBC and Tim Hortons, a call from business organizations for privacy reform, the nomination of a new privacy commissioner with little privacy experience, and a decision by a Senate committee to effectively overrule the government on border privacy rules. These developments raise the puzzling question of why the federal government – led by Innovation, Science and Industry Minister François-Philippe Champagne, Public Safety Minister Marco Mendicino, and Canadian Heritage Minister Pablo Rodriguez – are so indifferent to privacy, at best treating it as a low priority issue and at worst proposing dangerous measures or seemingly hoping to cash in on weak privacy laws in order to fund other policy priorities.