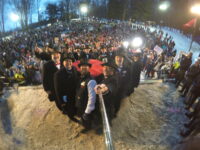 Innovation, Science and Industry Minister François-Philippe Champagne yesterday unveiled Bill C-27, the updated privacy reform law. While Champagne described it is a “historic day”, the bill is better described as a case of Groundhog Day, since it looks an awful lot like the last privacy bill that died with last year’s election call and which never even advanced to the committee stage. I wrote earlier this week about the government’s seeming indifference to privacy and this bill doesn’t do much to change the analysis as the bill raises many of the same questions and will likely face similar opposition.