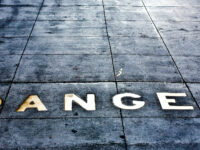 The Standing Committee on Canadian Heritage heard from a total of 48 witnesses as individuals or representing organizations during its study of Bill C-11 (excluding the CRTC and government officials). Of those 48, at least 16 either raised concerns about the regulation of user content in the bill or disputed government claims about its effect. Liberal, NDP and Bloc MPs proposed and voted for amendments in Bill C-11 raised by a single witness or organization, but somehow the testimony of one-third of the witnesses, which included creators, consumer groups, independent experts, Internet platforms, and industry associations. was ignored.

The government’s decision to ignore the overwhelming majority of testimony on the issue of regulating user content damages the credibility of the committee Bill C-11 review and makes the forthcoming Senate study on the bill even more essential. But the government went beyond just ignoring witness testimony yesterday in the House of Commons. It now claims those views constitute “misinformation.” Tim Louis, a Liberal MP who is on the Standing Committee on Canadian Heritage and sat through hours of testimony, said this in the House of Commons yesterday: