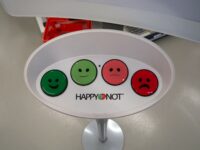 Survey Says: Why the Government Reacted With Alarm to a Critical Opinion Poll on the Online News Act

On the very first day of the Standing Committee on Canadian Heritage’s hearings on the Online News Act last month, News Media Canada, the lead lobbyist for Bill C-18, was asked about a poll it commissioned this year which found 79% support requiring Google and Facebook to share revenue with Canadian news outlets. When Bloc MP Martin Champoux asked whether respondents were well informed, President and CEO Paul Deegen assured him “they were very well informed”. Deegan had a different response yesterday to another poll – this one commissioned by Google – as he took issue with the poll and warned that Google must provide “an honest presentation of the facts.” I have never thought any of these corporate-commissioned polls were of significant value and I’m not going to start now, whether it is News Media Canada or Google that is doing the commissioning. However, I think what makes the Google poll notable is the response to it, rather than the actual data.