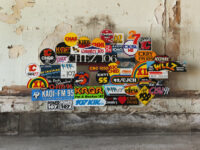 Making Sense of the Indifference to Bill C-18’s Cutting Out Small Media Outlets While Giving Hundreds of Millions to Bell, Rogers and the CBC

Bill C-18, the Online News Act, appeared to be headed to clause-by-clause review this week. But the mounting attention on the bill – notably Facebook’s revelation that it would consider stopping news sharing in Canada if the bill passes in its current form – may have persuaded MPs to add several additional hearings, including one on Friday that will feature both Facebook and OpenMedia. The Facebook issue adds to the growing concerns with the bill, particularly the exclusion of many small media outlets due to restrictive eligibility criteria and a Parliamentary Budget Officer estimate that over 75% of the benefits – hundreds of millions of dollars – will go to broadcast giants such as Bell, Rogers, Shaw, Corus, and the CBC. Newspapers will be left fighting over the remaining scraps, if they’re eligible for anything. Indeed, as many small media outlets have noted, eligibility requirements to have QCJO status or regularly employ at least two journalists means that many small weeklies or digital startups will fall outside the system.