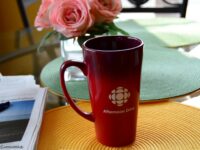 Why the Online News Act is a Bad Solution to a Real Problem, Part Six: CBC Eligibility Harms News Competition and Its Public Interest Mandate

The blog series on why Bill C-18, the Online News Act, is a bad solution to a real problem continues with the first of several posts on the eligibility rules, starting with the decision to make the CBC eligible for the system that could lead to mandated payments. The inclusion of the public broadcaster should be opposed by its critics and supporters since it harms both competition and the public interest role of the public broadcaster. Indeed, critics will rightly note the market distortion it creates for private entities who stand to lose further advertising-related revenues to the CBC, while supporters should be concerned that the bill undermines the CBC’s claim to a public interest role and makes an ad-free version of the service even less likely. [Previous posts in the series: the risk to the free flow of information stemming from mandatory compensation for linking, how the bill encourages clickbait and other low quality news given the absence of standards in the definition of “news content”, the unprecedented government intervention in a sector where independence is essential, how the bill undermines Canadian copyright law and Canada’s international copyright law obligations, and a Law Bytes podcast episode based on my appearance before the Standing Committee on Canadian Heritage.]