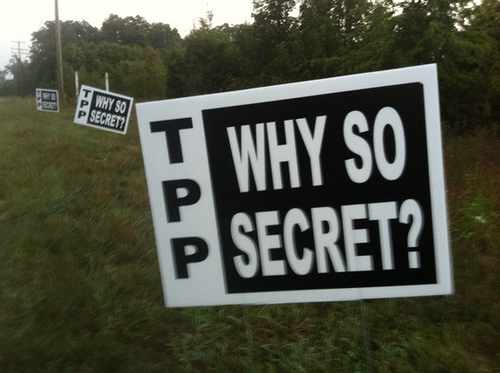 Ten Key Questions and Answers About Bill C-11, SOPA, ACTA, and the TPP

In recent days there has been massive new interest in Canadian copyright reform as thousands of people write to their MPs to express concern about the prospect of adding SOPA-style rules to Bill C-11 (there are even plans for public protests beginning to emerge). The interest has resulted in some completely unacceptable threats and confusion – some claiming that the Canadian bill will be passed within 14 days (not true) and others stating that proposed SOPA-style changes are nothing more than technical changes to the bill (also not true).  Even the mainstream media is getting into the mix, with the Financial Post’s Terrance Corcoran offering his “expert” legal opinion that CRIA’s lawyers are likely to lose their lawsuit against isoHunt.

Given the importance of Canadians speaking out accurately on Bill C-11, ACTA, and the TPP, I’ve posted ten key questions and answers to sort through the claims. The first eight questions address the links between Bill C-11 and SOPA as well as proposed changes to the current copyright law. The final two question focus on ACTA and the TPP.

Gareth Hughes, a New Zealand Green Party MP, has posted on the impact of extending the term of copyright in New Zealand from life plus 50 years to life plus 70 years as demanded by the Trans Pacific Partnership. Hughes calls attention to many leading NZ works that would be […]

Appeared in the Hill Times on January 16, 2012 as Crafting Copyright Policy to Create a Competitive Advantage For copyright watchers, New Year’s Day has become public domain day, the day when the term of copyright expires on thousands of works. While Europe celebrated the entry of James Joyce and […]

US Copyright Lobby Wants Canada Out of TPP Until New Laws Passed, Warns of No Cultural Exceptions

The U.S. government just concluded a consultation on whether it should support Canada’s entry into the Trans Pacific Partnership negotiations (I have posted here, here, and here about the implications of the TPP for Canada based on a leaked chapter of the intellectual property provisions). The Canadian government submitted a brief one-pager, pointing to Bill C-11,  ACTA, the dismantling of Canadian Wheat Board, and forthcoming procurement concessions to Europe as evidence that it is ready to negotiate the TPP.

While most submissions support the entry of Canada into the negotiations, it is worth noting that the major intellectual property lobby groups want to keep Canada out of the deal until we cave to the current U.S. copyright demands. The IIPA, which represents the major movie, music, and software lobby associations, points to copyright reform and new border measures as evidence of the need for Canadian reforms and states “we urge the U.S. government to use Canada’s expression of interest in the TPP negotiations as an opportunity to resolve these longstanding concerns about IPR standards and enforcement.”

Moreover, the IIPA wants it made clear that there will be no cultural exception in the agreement:

Is the Trans Pacific Partnership a Re-writing of NAFTA?

Peter Clark offers excellent insight and analysis into the Trans Pacific Partnership, including Canada’s motivation for participating and the key issues at stake.