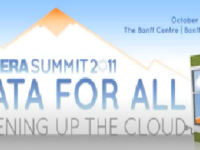 In this talk, I discussed the current legislative stance on digital surveillance rules and privacy rules in Canada.

Was Canada’s Open Government Delay Part of the Plan?

The Canadian government’s open government initiative was back in the spotlight this week with Treasury Board President Tony Clement discussing the issue at a speech in Ottawa. I wrote about the open government in my weekly technology law column (homepage version, Toronto Star version) noting that seven months later the initiative is gathering dust. As of Monday, the original website â€“ online at open.gc.ca â€“ still featured a photo of Day, who retired from politics just one week after the initial announcement. The site had been last updated on March 18, 2011, the same date as the policy announcement. The site was updated over the past couple of days.

While some delays due to the election call were understandable, seven months of inaction led skeptics to wonder whether the entire announcement was little more than a publicity stunt.  The delays are particularly discouraging given Canada’s willingness to pressure others about the value of open government. Last month, Canada became one of 46 countries to join the Open Government Partnership, which is focused on the availability of information about governmental activities, supporting civic participation, and increasing access to new technologies for openness and accountability. A letter from Foreign Minister John Baird to U.S. Secretary of State Hillary Clinton confirming Canada’s participation noted the June Speech from the Throne that reaffirmed support for open data, open information, and open dialogue.

Founded in 1922, the Canadian Historical Association is a bilingual organization with 1,200 members scattered across Canada, the United States and the rest of the world, dedicated to scholarship in all fields of history. Its submission to the copyright consultation raised concerns about digital lock legislation: recommends that penalties for […]