When a music company or artist earns more because of a term extension that money must come from somewhere. Crudely, there are only two possibilities. On the one hand, the money came from some other firm, perhaps the “public domain specialist”, who, in the absence of a term extension, would have been able to enter the market for as a seller of the recording. On the other hand, the money came from end-users who without a term extension would have been the recipients of lower prices. Theory inclines us towards the second possibility: greater competition to supply a recording once it enters the public domain should operate to drive down prices, transferring value from producers to consumers.

The Gowers Review of Intellectual Property, a leading independent UK report, comes to much the same conclusion:

As sound recordings of enduring popularity enter the public domain, economic theory suggests that competition between many release companies will drive down the price, just as has occurred in the public domain book market for classic literature. Therefore, the review believes that most of the increased revenue from term extension would come directly from consumers who would pay higher (i.e. monopoly) prices for longer.

So did a report for the European Commission conducted by the Institute for Information Law at the University of Amsterdam, which noted:

when the exclusive reproduction right for phonograms expires, any competing record company can make use of it and release the same recording potentially at lower prices. An extended protection would prolong the temporary monopoly of the original phonogram producers, preventing the downward pressure of competition on prices. As a result, consumers would continue to pay higher prices for certain sound recordings for several years. 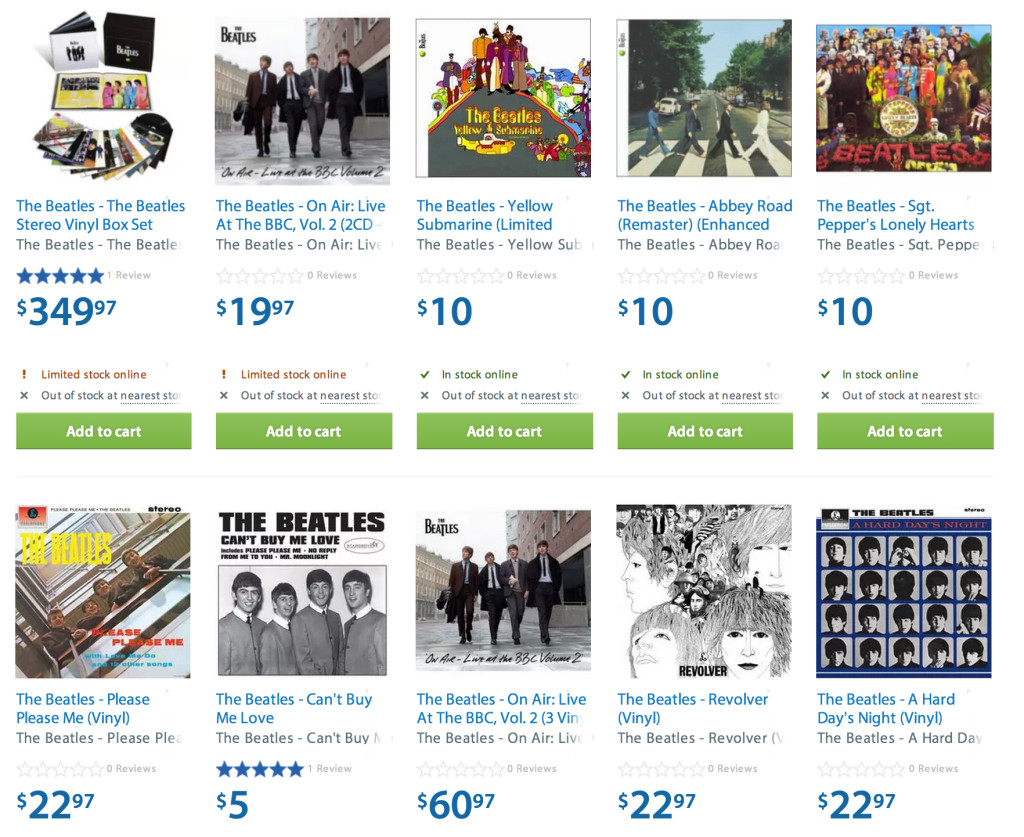 The answer is unsurprisingly the $5 record, which is far cheaper than anything else being offered. It is a public domain record released by Stargrove Entertainment featuring 11 songs, virtually all written by Lennon and McCartney. The composers are paid royalties for their work. What distinguishes this record is that it is a non-Universal record offered at a much lower price.

As the Gowers review predicted, public domain recordings encourage competition between release companies and drive down the price for consumers. The songwriters are paid either way, but the consumers win with more choice and lower priced music. Increased competition is good for consumers and for the creators of the songs, yet the government’s decision to extend the term of copyright for sound recordings effectively reduces choice and eliminates competitors. Given the outcome that generates profit for record companies decades after their investment at the expense of consumers, it should come as little surprise to find that Music Canada, the lead record company lobby group, engaged in extensive lobbying with the Director of Policy at the Minister of Canadian Heritage in the months leading up to the budget. More on their lobbying campaign in an upcoming post.