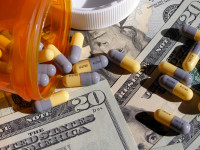 The Trouble with the TPP, Day 7: Patent Term Extensions

The Trouble with the TPP series now shifts to patent law reforms and the likely costs to the health care system (prior posts include Day 1: US Blocks Balancing Provisions, Day 2: Locking in Digital Locks, Day 3: Copyright Term Extension, Day 4: Copyright Notice and Takedown Rules, Day 5: Rights Holders “Shall” vs. Users “May”, Day 6: Price of Entry). The TPP patent provision changes are very significant since they lock Canada into extending the term of patent protection, which will ultimately increase health care costs. Moreover, global organizations such Doctors Without Borders has warned that the agreement will raise the price of medicines for millions of people, particularly in the developing world.

The Conservative government tried to downplay the impact of patent law changes in the TPP, arguing that the agreement is consistent with current law or is “in line with outcomes secured in the Canada – EU Comprehensive Trade and Economic Agreement (CETA)”. The reference to CETA, which comes from the government’s TPP IP summary, represents a neat of sleight of hand. 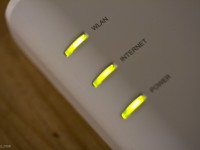 The Battle Over the Future of Broadband in Canada: Mayors Tory & Watson v. Nenshi

Cities across the country have long emphasized the importance to the local economy of creating innovation hubs. There are different roads toward that goal, however, as shown by competing submissions from the mayors of Toronto and Calgary in a high-stakes battle over the future of broadband Internet services. Toronto mayor John Tory and Ottawa Mayor Jim Watson sided with large telecom companies, while Calgary mayor Naheed Nenshi emphasized the importance of open networks and more robust competition.

My weekly technology law column (Toronto Star version, homepage version) notes that the submissions stem from a crucial ruling issued by Canada’s telecom regulator in July. Hoping to foster a more competitive market and having used various “open access” policy measures to give independent Internet providers a chance to compete in the Internet services market, the Canadian Radio-television and Telecommunications Commission (CRTC) decided to extend those rules to fast fibre connection services.

Appeared in the Toronto Star on January 11, 2015 as Why Mayor John Tory is Against Competition for Access to Affordable Fast Broadband Cities across the country have long emphasized the importance to the local economy of creating innovation hubs. There are different roads toward that goal, however, as shown […]

Canada’s Pharma Failure: Why High Drug Prices Are About to Soar Higher

Appeared in the Toronto Star on December 21, 2015 as Why Canada’s High Drug Prices Are About to Soar Higher Patent protections for the pharmaceutical companies have been among the most controversial aspects of recent high profile trade agreements such as the Canada – EU Trade Agreement (CETA) and the […]